This page uses javascript to help render elements, if you have problems please enable javascript.

Local history has an important role at the Arboretum. An appreciation of the past illuminates our present. Explore Orange County’s rich history and visit exclusive exhibits at the Heritage House and the O.C. Agricultural and Nikkei Heritage Museum. 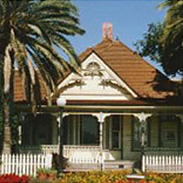 The gardens and outbuildings of the Heritage House hark back to the agricultural heritage of Orange County. This charming cottage offers a sense of what life was like in Fullerton more than 100 years ago. Dr. George Crook Clark, one of Fullerton’s pioneer doctors, built the house in 1894. It housed Clark, his family and his medical office for about ten years.

The restored house serves as a museum of family life and medical practice in the 1890s. The redwood and fir structure is an excellent example of Eastlake-Victorian-style architecture, prevalent in Orange County during the late 1800s. The structural elements of the building's ornamentation and scale are balanced in pleasing proportions.

The Heritage House yard includes an 1880s outhouse, a pump house circa 1895 and a windmill. The wisteria-covered arbor was built from plans in an 1880s architectural design book. It is an oversized version of an arbor on the grounds of Edith Johnston Clark's family home in Norwalk.

The gardens and orchards surrounding Heritage House are planted in a manner typical of the late 19th century. They hark back to the agricultural heritage of Orange County.

This house was originally located at the corner of Amerige and Harvard (Lemon) in Fullerton. Through the decades, it deteriorated. The city purchased the house, which was in danger of demolition thanks to a street-widening project, in 1972.

Molly McClanahan, who was married to a Cal State Fullerton faculty member, and Jorice Magg, a community volunteer, began a campaign to save the house and restore it. The city decided to allow a move, with the goal of restoration.

The project crystallized when an area set aside for an arboretum on the Cal State Fullerton campus was available for relocation of the house. The North Orange County Board of Realtors agreed to restore the building structurally and the city made funds available to move the house.

In December 1972, a midnight, cross-town move brought the house to the Arboretum. Diane Swenson of the Board of Realtors coordinated the structural restoration of the newly christened Heritage House. Contributions came from the Realtors, the Associated Students of Cal State Fullerton, the City of Fullerton and private citizens, including the family of Fullerton's first mayor, C.C. Chapman.

Fullerton College instructor Robert McCormick worked on the restoration with students from his construction classes, with advice from architect H.H. Kohlenberger. Landscape architect Myrt Purkiss designed the landscaping for the area surrounding the house to correspond to its original plantings. The fence around the house was created from pickets painted by Fullerton school children.

The Friends of the Fullerton Arboretum restored and furnished the interior of the house. Joanne Woodard and Jorice Maag coordinated this effort with an interior design committee. The goal was to recreate the interior of an authentic home and doctor's office of the 1890s in California. The house displays some original furnishings and memorabilia from the Clark family. Other objects of the appropriate period were donated or purchased. 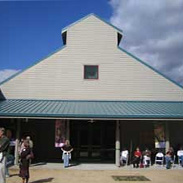 The O.C. Agricultural and Nikkei Heritage Museum highlights the history, development and impact of agriculture, as well as the contributions of the Japanese American community and local pioneer families.

Located on the grounds of the Fullerton Arboretum, the Museum is reminiscent of packing houses used by the citrus industry in the early 1900s. Design elements also resemble existing structures and gardens on the grounds. The Arboretum's efforts to promote responsible uses of our natural resources by being energy efficient played a key role in this project.

The museum complex includes an exhibit space, classrooms and an outdoor pavilion that can accommodate 350 people for special events. Classrooms can be arranged in multiple configurations to accommodate classes and meetings.

The Art of Survival: Enduring the Turmoil of Tule Lake

This is a traveling exhibition probing the complexity of Tule Lake, the Japanese American confinement site in Newell, CA. It became the only officially designated segregation center during WWII and was ruled under martial law. This location was the largest of the 10 confinement sites, incarcerating 120,000 people of Japanese descent, most citizens of this nation. Many of those who were brought in under segregation knew their rights had been egregiously undermined and were willing to stand up to the injustice. Accused of being disloyal, in their dissent, they were ironically acting in the most American way. 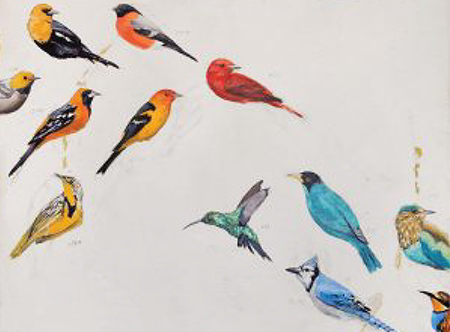 Majestic yet fragile, amusing, and poignant, birds connect us with the natural world, heralding each dawn and signaling environmental shifts. In this 44th annual Birds in Art

exhibition, imaginations take flight, inspired by breathtaking depictions of birds by some of the world’s most talented artists who push themselves to new heights, striving to be selected for the internationally renowned exhibition. Avian wonders are featured through all-new interpretations in original paintings, sculptures, and graphics created within the last three years. Birds in Art opening weekend festivities are part of Wausau’s Artrageous Weekend

This site is maintained by Extension and International Programs..